These are the prophecies that are central to the Oracles of Delphi plot line. The first two are fictional, but the last is not. In 393 AD, when Roman emperor Julian the Apostate tried to revive elements of classical Greek culture, he consulted Delphi’s famed Oracle and in response, the last Pythia issued the statement reproduced below.

This child shall be called Phoibe, like the Titan of old, Apollon’s own grandmother. This child will see the Oracles of Apollon and Gaia united or she will see them destroyed and the Sacred Precinct claimed by yet another.

Our Mother Earth has spoken
Gaia’s oracle is broken
Apollon’s hundred arrows
Silenced her sacred servant.
Now
In one or one thousand years,
His fair wrought house will
Fall.
A god reborn shall reign.

The fair wrought house has fallen.
No shelter has Apollon,
nor sacred laurel leaves;
The fountains are now silent;
the voice is stilled.
It is finished.

Like Loading...
γνῶθι σεαυτόν - Know thyself. Inscribed in the pronaos of the Temple of Apollo, Delphi
By words, the mind is winged. ~Aristophanes 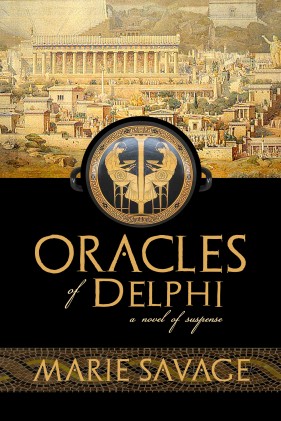